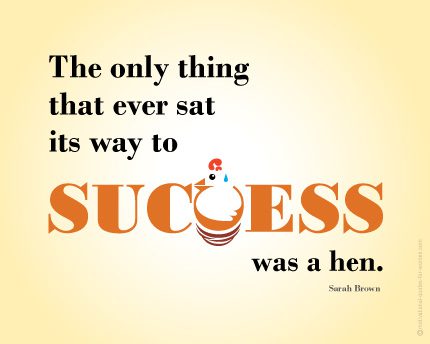 Posted at 04:38h in All Posts by Angela Barclay

For a couple of years now, I’ve been meeting regularly with Scott Dawkins of Griffin Financial Services. Those of you who attended Elev8 recently will know that Scott was one of our speakers, and told an amazing story about WHY he does what he does. Those of you keen to learn more about the involvement in CanTeen Scott spoke about can go to Everyday Hero. Last time we met, he shared with me how he’d achieved considerable growth in his business, which became the basis for an article I wrote that was recently published in RiskInfo magazine. The article is reproduced below.

I first met Scott 13 months ago. He is an instantly likeable character. He smiles a lot and speaks with a buzzy energy that belies his self-confident, social nature. Originally from Adelaide, he was fresh back from a very successful advising stint in the UK, ready to set up a new business in Sydney.

Over lunch, we got chatting about his plans. He described the business he would build with absolute clarity; from the types of clients he would and wouldn’t take on (he’d target Aussies returning from the UK, British expats in Australia and young accumulator professionals and business owners), to the timeline for recruiting staff. I left with the sense he knew exactly where he was headed.

Nine months later we explored his progress over coffee. Again, I was left with the sense of someone who knew the plan, had not been diverted from the vision of his ideal business, and was getting on with doing it. We traded ideas and batted around options he’d been considering. He was on-track and clearly making himself accountable for his success.

Recently, we met again. I was interested to know how many clients he now had.

67? In 13 months? In a market where many businesses had expressed difficulty attracting new business? I wanted to know what he thought he was doing differently to achieve success.

“I’ve just stuck to the basics,” he said, in that ‘doesn’t-everyone-do-this’ tone that those who find something easy often use.

I delved deeper: “How many of those clients are the types you said you wanted when we met in 2011?”

“Around sixty of them,” he replied. “Thing is, because I’ve spent my time focusing on building relationships with the clients I want most and the businesses who service them, they’ve tended to send people exactly like themselves along to meet me.”

“What kind of businesses have you targeted?”

“I’ve established strong relationships with an accounting firm and a mortgage broker, and I’ve just returned from a two-day offsite planning retreat with a large finance broking firm based in Adelaide.”

“Thanks. I’ve not done anything special though; just stuck to the basics.”

That’s the funny thing about the basics. Often in the fog of compliance and administration that comes with running an advice business in today’s industry, it’s easy to lose sight of activities that build businesses. The things that really make referral partners and clients more inclined to send others to speak to you. Speak to anyone who has been advising for long enough (particularly those with a focus on risk) and they’ll tell you – how you do it is just as important as what you do.

In Scott’s case, the basics have been:

1. Managing relationships – Scott’s pre-Christmas period was a busy one, as he scheduled time in his diary to spend with those who’d given him referrals, clients and partners, including drinks and the odd dinner or two. He ran a Christmas drinks event for his top 20 clients, which was well attended and didn’t require him to put his card behind the bar. It’s human nature to enjoy dealing with those we also enjoy spending time with. Conversely, if you don’t invest time cultivating and demonstrating that you value the relationship, you leave it to chance.

2. Communication – We all know about the importance of follow-up, yet it’s still inconsistently done in many businesses. I had the personal experience of referring a friend who’d just sold his business to a planner friend. Not only did I never hear anything beyond that initial ‘thanks’ email, the planner also completely failed to follow-up my friend, who took his multi-million dollar investment elsewhere. Compare that to the process Scott follows:

Established businesses out there may be thinking, “Where would I find the time to do that?” However, with the recent AFA White Paper Pathways to Excellence showing not only that referrals are the most effective way to grow a business, but also that a referral from a trusted source usually encourages clients to forego ‘shopping around’, the real question is: is there time not to?

This post was authored by Stewart Bell who was a coach with Elixir Consulting between 2010 and 2014.