Can you feel the burn? 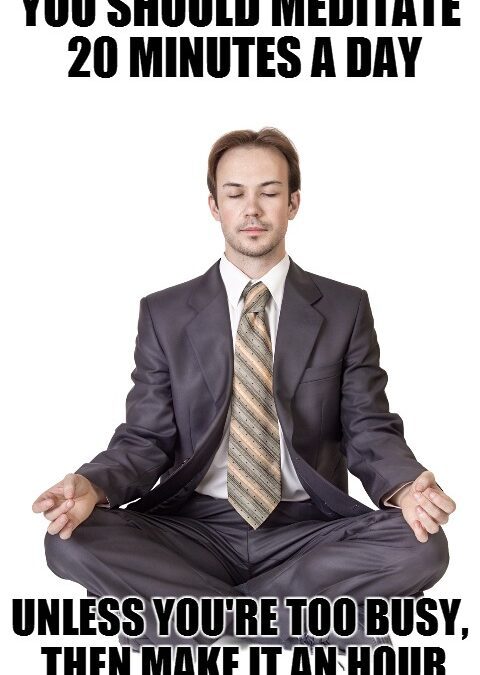 You know the feeling. That washed out sense there is too much on and you’re being pulled from pillar to post, unable to focus your energy on one thing for more than a short period.

Running an advice business is challenging. From the problem solving aspects, analysis, multi-tasking, managing people and the host of other cognitive plates to keep spinning, there’s lots to think about.

If you’re growing, that challenge is amplified, as things continually change along the way.

Where work requires brain power, mental tiredness follows. And where there is mental tiredness, physical weariness is never far behind, sometimes followed by ill health.
The reality is that you as a business owner add most value to your business when you are top of your game. So how can you maximise that time?

A gentleman who knew a thing or two about fast growth businesses once shared with me a routine of his. Each quarter, without fail, he would book three days in a small, sparse cabin in the Blue Mountains. A log fire, a bed, lots of walking tracks and, importantly, no Internet.

Those three days, he told me, were the most productive of each quarter. They were an uninterrupted opportunity to cut out background noise, get into the flow and just THINK.

It gave him time to do the really important planning, like to:

Admittedly, he was both single and managing a business large enough that he could take time away from everything. For others with smaller businesses, families and other time-intensive demands, it can be hard to make the commitment to take time off.

But that’s what it has to be, a commitment. Something you book in the diary in advance, as concrete as an appointment with your best client, the date the BAS needs to be in or the review date for an important insurance policy. A non-negotiable part of what makes you a more successful business owner.

An old Zen adage states, “You should sit in meditation for twenty minutes every day — unless you’re too busy. Then you should sit for an hour.” Whilst meditation might not be everyone’s cup of tea, the core of the message is that it’s harder to achieve peak performance – business or otherwise – without taking time to step away from the noise and into a clearer state of mind.

If that’s the case, with the burn beginning to show already, maybe now is the time to think about your next time-out, and recognising that your own state of mind is as much a driver of business success as any other key performance indicator.

This post was authored by Stewart Bell who was a coach with Elixir Consulting between 2010 and 2014.